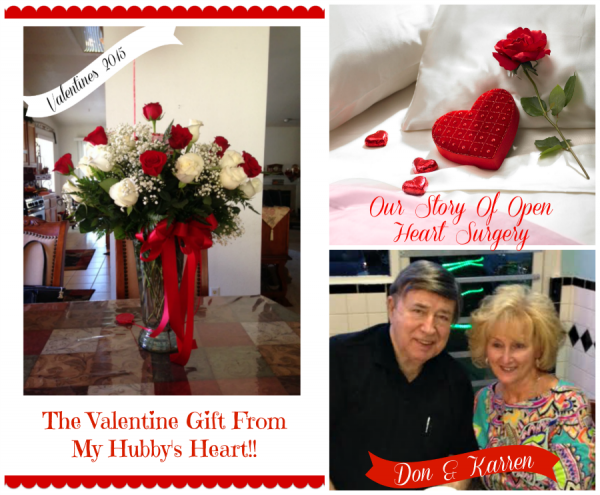 As a lot of you know, this past month came with unexpected health events. What turned out to be an ecogradigram for cardiac clearance, turned into a quad triple by-pass for my husband. (See diagram below)  He was suppose to be getting ready for a knee surgery and one of the requirements was that he had to have a cardiac clearance for the orthopedic surgeon to move forward for plans to replace one of his knees. We knew from the prior stress test that there was something showing up, possibly 2 small blockages and during the angiogradigram they would put in STINTS. So he was scheduled the morning of January 5th but within 2 1/2 hours would change our world as we know it. First his heart stopped for 15 seconds and scarred the surgeon, as he had never in all his years of preforming this type of procedure has had this happen, he told us it only happens to 1 out of 10,000. Of course they had to pound on him, use heart defibrillation to re-start his heart.

After the doctor came out he proceeded to explain to me what had happened. I was scarred witless. I was able to go in and see him for a short time, then the doctor came in to explain to us that instead of doing STINTS that my husbands heart had one complete blocked artery, 2 others that he could see were blocked 70% and 80% and that it was very dangerous for him to leave the hospital, that he did not want him to leave, that something could happen and there would not be time to get him to the hospital. This was a life threatening situation. That he needed to remain in the hospital under supervision, medication and to control blood pressure and to get other meds out of his system (blood thinners that he is on and cholesterol meds) before they would schedule him for surgery,(precautions of bleeding).

So the surgery was scheduled for January 9th, this gave me time to let his daughters know so they could be here before his surgery to visit with their dad, one came from Florida and the other from Utah. Needless to say, none of us had ever been through this kind of thing with anyone in our family or ever for that matter. So it was an experience that we could only rely on the cardiac surgery team to get us through.

They told us the surgery could last up to 6 hours, the surgery is referred to as CABG, coronary artery bypass graft .  It actually lasted about 4 hours and they found and replaced 4 veins with his own, one from his left leg and another from inside the thorax cavity. The doctors told us that these blockages had been there so long that new veins were trying to reroute, in order to supply his heart with blood and oxygen. They found one other vein on the back side of his heart they had to replace making this a quad by-pass. Once the surgery was complete they told us that his heart was now good for 20 years. 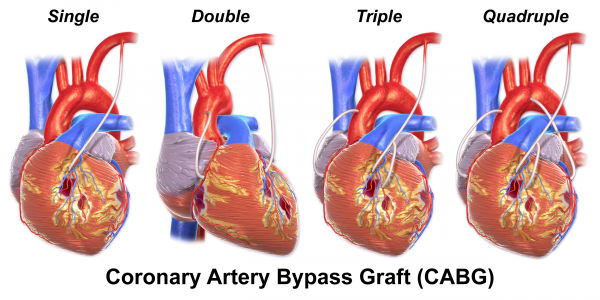 He was in cardiac intensive care for four days and the remainder of a week on the cardiac care floor. They told him that he would not be able to come home until he could walk around the nurses station. The main reason was to get him up and out of bed so that pneumonia does not set in and to know he can manage just walking. So this was an incentive for him to work towards that.

After bringing him home I have been on leaning curve for me as to manage and care for my husband that had little stamina, endurance and was so weak. (I should have taken nursing while in school) I have had to learn how to care for all his needs, as a nurse. I actually set up spreadsheets to track all his vitals, blood pressure, blood sugar, (he is also a diabetic) temperature and meds so not only I could keep track but to take with us to doctor appointments. (They seem to appreciate a look at the stats)

I am happy to report we are doing great and he is progressing at a snails pace, and not as fast as he thinks it should happen and sends him into depression (as they said would happen with such a huge surgery. He falls asleep at the table of at his desk, even if he has only been up for a short period of time. Its part of the healing process. They say its one the largest surgeries you can have. Fortunately he has not had any major set backs, no infection, the ability for the incision to heal that sort of thing, only ones that we have had to manage, or when he gets tired he does not handle walking well, or seasonal allergies that have made him cough, not a good thing with the 6″ incision. Singular seems to help this along with some Robitussin cough syrup the pharmacist recommended. (I rely heavily on our pharmacist for educating me about medications). They went to school longer!

He had such a phenomenal cardiac team of doctors at the hospital, very informative and reassuring. Including the nursing staff in the intensive care unit around the clock care. He had 2 nurses that have been in intensive care for 30 years each. Thanks to their experience and attention he did well and it was relief on our minds that he was in good hands during his time there. 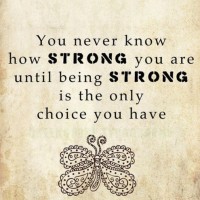 At 6-8 weeks he will start cardiac rehab which will be another learning curve for him. A whole new way of life. And a difficult task since he does not have good knees but they say they can work around that to help him gain back endurance and strength.

The hardest part of all of this is seeing him depressed, he has never had an illness or been sick in our 23 years of marriage that has kicked his butt, it is really hard to watch, but we talk about it and I try to help him remember they told us, this is part of this huge surgery and that it would happen. We pray and meditate to gain the strength we need each day. There is still a long ways to go but we are on the road to recover.

And to all my blogging friends that have have and continue to pray, I thank you, it is so consoling to me to know that you care enough to check on me and how he was doing, I have even had emails and messages while I was staying at the hospital for 10-12 hours to asking how he is doing, and Facebook friends. With his daughters at a distance it has been hard, my son has been here to help when we needed  “muscle and hugs”, but the moral support from ya’all has helped to have you on my side, I would not have been able to get through this without you, “thank you from the bottom of my heart”. You are special!!

Updates to follow:
February 21, 2015
All was going well until about 5 days ago when he developed a shortness of breath, I was concerned and we returned to our primary care doctor and she felt it might be allergies. We treated it for such but the cough that came with it really took its toll on him, it wore him out and made him very weak. We had another appointment with the surgeons and after much persuasion and concern on my part the doctor said we could have a xray, we said yes!!! Thank goodness I kept telling the doctor that he could not even speak in a long string of words that he finally suggested the xray.

So we went for the xray, I was in the room and where the technician sees the xray on the screen and could see myself that there was a problem. Then we waited for the doctor to call us and that his left was indeed compromised 3/4 filled with fluid. So Monday we will go to for a Thoracentesis procedure to remove the fluid. This procedure is similar to an amniocentesis test on a pregnant mom. They have not told us, but from I have researched it is not invasive and generally takes about an hour an hopefully it will allow him to function better without shortness of breath.

Update and New Body Parts
Thank you again for your thoughts and prayers!!

7 thoughts on “Our Path Through Open Heart Surgery”