I was introduced to Spaghetti Squash by my son, who loves to cook indoors and out, I think he could have been a chef and he and I have talked about a small restaurant where it would only be open for dinner and only one meal would be served a special one of course. anyway thats another dream and post! 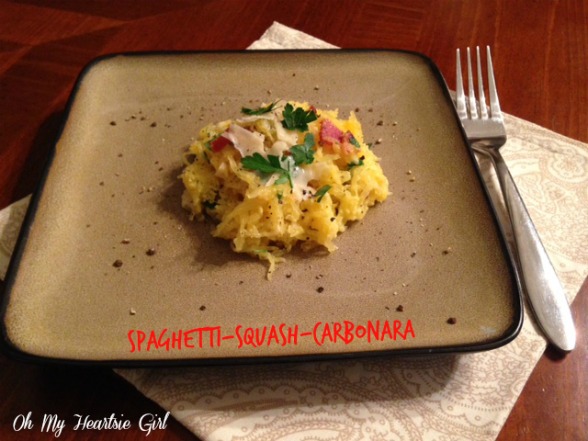 Now onto the recipe, I saw this the other day on Tastefully Frugal where they had a challenge of using an ingredient and for the month of September it was Spaghetti Squash and that is where I saw this recipe. For Sydney’s recipe Check Here Spaghetti Squash Carbonara But I did not change the recipe to much other than to use more garlic, bacon and I used shaved Parmesan Cheese instead of Mozzarella. 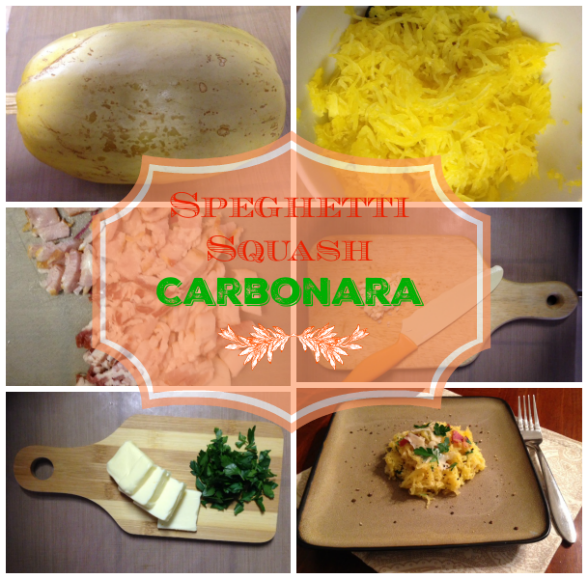 Cooking Spaghetti Squash is so easy and there are several options: Wash and place in microwave, uncut but spear it with a fork multiple times for steam to vent for 12 minutes, like a baked potato. Or you carefully use a knife and cut in half, remove the seeds, place face down on a baking sheet, bake in a 425° oven for 1 hour. Either way you choose to cook, let it cool for 10-15 minutes or so before handling. And you could use something like ekSel COOL Oven, Grill & BBQ Gloves Check out my review Here Then you can slice open from end to end, scoop out seeds and using a fork, start at one end and pull towards the center, amazing it will be like spaghetti. Scoop out contents and set aside. 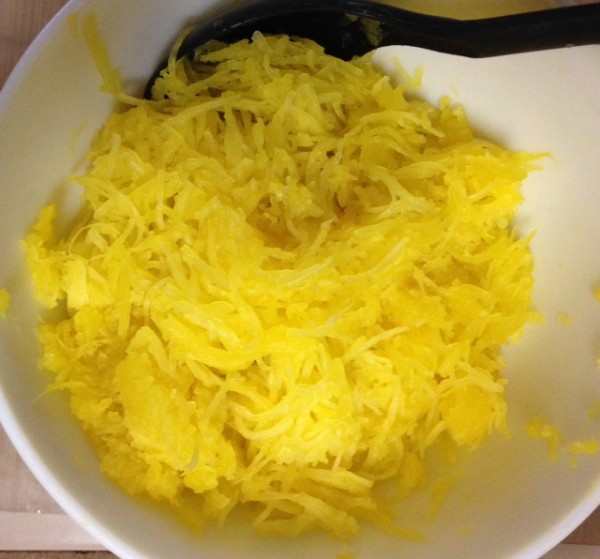 1 spaghetti squash, cooked (see directions above) I used a very large one so I can use for another recipe
Ingredients:
5-6 strips of bacon diced/chopped
3 tsp garlic, minced
2 eggs
2/3 cup shredded mozzarella
4 Tbsp butter
2 Tbsp parsley
Brown bacon in fry pan in skillet
While the bacon was cooking I mixed scrambled the eggs with the cheese and set aside.
Remove the bacon and drain
Using about 1 tbsp of bacon fat saute the garlic just until fragrant about 1-2 minutes
Add to the garlic the squash and cheese mixture, tossing to combine
Add bacon and butter and stir to mix
Remove from heat and add parsley and more cheese 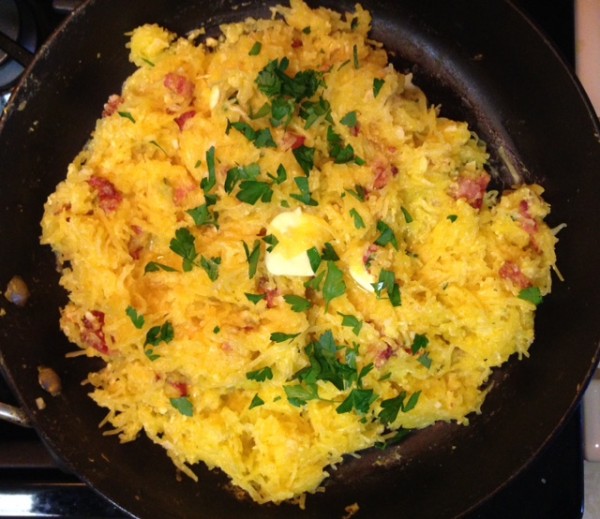 I think this would be tasty using grape or cherry tomatoes. You could make many variations and we have made Spaghetti Alfredo, and Spaghetti with Marina Sauce…… Deli-sh!!! 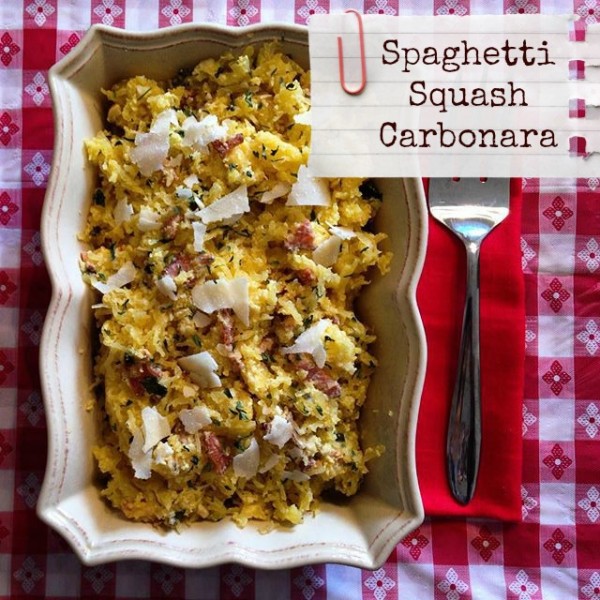 And I was checking out other recipes and as simple as baking and serving with Parmesan cheese and salt, pepper and herbs, or garlic and shrimp, or sauteed scallops, even turned into pancakes and served with yogurt and cilantro. No matter how you prepare, it is good for you and cuts calories, full of fiber and vitamins.

Thanks to Syndey for this inspiring recipe, I would like to try others as well.