Everybody needs to eat. This is a fact of life, even though it can be an annoying one. Unfortunately, cooking and prepping food itself can be a hassle, especially if you have to work full time and have limited hours to buy groceries, clean and cut food, and then get it cooking. If you worry about feeding yourself and your family and want a fully stocked kitchen, make sure you have these five must-haves to keep everyone happy, healthy, and fed with ease.

These devices are a blessing since they cut down on the inconvenience of needing to soak or over scrub regular pots and pans that end up with too much food burning or sticking to them. There are even green, environmentally friendly options without toxic chemicals to keep your family safe and fed. These pots and pans seem to physically repel food, meaning there are fewer burnt bottoms and edges that need to be carefully peeled away with the steel wool, errant spatula, or the dreaded kitchen sponge. Most even come in sets, so you don’t have to about having mismatched pieces.

Oven mitts are a necessity because they protect your hands from burns when working with hot dishes. Many a young adult has found out the hard way that a folded dish towel just isn’t the same as having a special mitt to take pans and casserole dishes out of the oven. Oven mitts can even be an excellent creative outlet and provide a wonderful pop of color to even the blandest of kitchens by expressing a little personality. If none at the store appeal to you, making your own can be an easy project for you and the family. Just remember to use heat-resistant fabric!

Most people do not take good care of their knives, and this is a problem. A dull knife does not cut well and can actually be dangerous since the blade is more to slipping and breaking. Nobody wants to be sliced up while trying to prepare some chicken for dinner, especially because of the hazards of germs and potential infection! Invest in a knife sharpener to make prep work simple and easy, and also consider having a designated place to store knives so little hands don’t grab them. Most kitchens function well with a few good, sharp knives and a convenient storage block.

Not everyone can afford a large dream kitchen, especially if you live in the city or an apartment. What are you supposed to do when you have nowhere to put your dishes or dry foods?

Instead of cluttering up counters, invest in some extra storage space like hanging or floating cabinets, pantry bins, or organizers that cling to the insides of doors. These materials will keep unnecessary items off of your counter and help you keep track of items like dried pasta, cooking utensils, and dishes. The storage space will also mean you have enough room for the final significant thing to have in your kitchen: an area for food preparation.

This should go without saying, but there should always be a place for you to prepare and cook food for meals and snacks. Most people don’t leave themselves enough counter space to cook, and this can be a major problem. Instead of storing food, dishes, and papers on the countertop, invest instead in more cabinets and leave a designated area open, clean, and sanitized for food prep. The standard rule is to have enough space for a cutting board, cooking utensils, and a couple of bowls that can be set aside with spices and ingredients. Your family and stomach will thank you in the long run when you can have dinner ready in no time.

These five must-haves seem basic, but you would be surprised how many people neglect their kitchens by failing to have one or even more of these items. Too many people rely upon ancient dishes, cluttered counters, and precariously stacked food that can easily spill from the lack of space. If you think something might be missing from your cooking area, check off each of the items on this list and make sure you have everything you need to keep life functioning smoothly.

This post may contain affiliate links and I might receive compensation if you make a purchase after clicking on a link.
Related Kitchen:
5 Ways to Update Your Kitchen on a Budget
Home Series: How To Set Up Your Kitchen For Easy Cooking
Reduce Waste By Organizing Your Kitchen So You Know Exactly Where Everything Is

Do you always end up spending extra on carrier bags every time you go shopping? Every plastic carrier bag you pay for is costly for both you and the environment. The environmental impact of plastic is akin to a horror story. By saving money on carrier bags, you can save the environment as well. You can buy printed eco bags instead of plastic ones. The printed fabric bags last longer than plastic bags and can be reused. You can buy printed eco bags of various designs to match your everyday looks. Before you can flaunt your green habits by using an eco-friendly bag, you need to buy them.

The first place you can look for when looking to buy printed eco bags is online. You can find generic printed fabric bags on websites like Amazon. Different sized bags with different prints can be ordered from these online shopping sites. If you want something that looks less generic, then you can look for hand painted options. Many Instagram artists might be selling their artwork printed onto fabric bags. On Etsy, you can find hand painted as well as printed reusable fabric bags.

If you have any specific print in mind, then you can get that printed on fabric bags. There are printing shops both online and off that specialize in printing designs on items. At such shops, you can get everything from hats to mugs printed. After you find a shop, you can give them the image you want to be printed. Usually, the shops will have fabric bags, but their options might be a little limited.

Just like grocery shops, bookshops also tend to sell fabric bags. Bookshop fabric bags tend to be better designed than the ones that you might find at a grocery shop. You can choose to buy printed eco bags from bookshops even if you do not buy a book.

Flea markets have many handicraft shops. You can find printed or hand painted tote bags at flea markets. There may even be pop up shops where artists paint caricatures onto fabric bags. Browsing through your local flea market can help you find a customized or unique fabric bag that suits your wants.

If you are unable to buy printed eco bags that tickles your fancy, then you can make one at home. You can take an old T-shirt and make a cloth bag. After you make the bag, you can unleash your artistic side and paint it however you want. By recycling an old T-shirt to make a bag, you will be reducing your carbon footprint even more.

Try to find the perfect eco-friendly fabric bag or go ahead and make your own.

This post contains affiliate links, which means I might receive a small commission if
you make a purchase using an affiliate link.

Eco Friendly Cleaning Safe For The Environment
Want to Create an Eco-Friendly Home? It is Easier Than You Think! 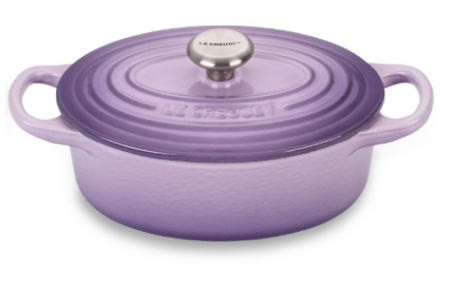 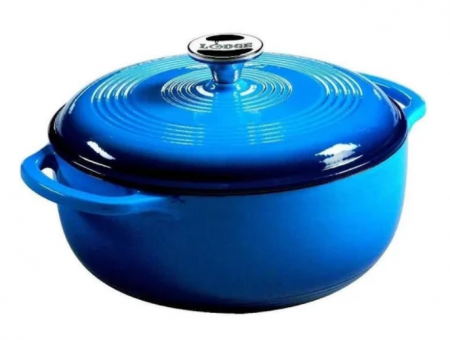 The benefits of an air fryer are endless!  It is important to learn about an item before you invest in it.  Once you have clear information, you can then make an informed decision that will not hurt your pocket.

Air fryers were first introduced in Europe and Australia. Today, they are a household name for everyone who wants to simplify their cooking.  Asking the right questions will always lead you to the right answers of air fryers – all you need to know.  By asking the most common questions about air fryers, it’s easy to learn and teach others the importance of an air fryer.

Related:
Thinking of Renovating Your Kitchen Keys To The Season in 2018
Essential Tips for Designing a Modern Kitchen