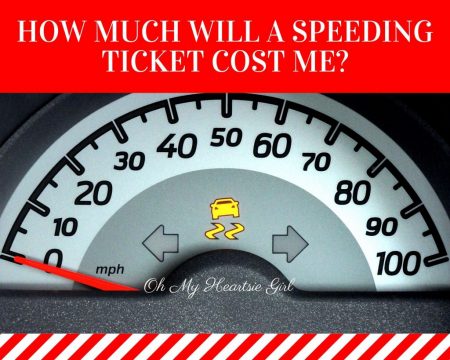 Being pulled over may be commonplace, but it doesn’t make it less frustrating when you’re dealing with it—like many other people, you’ve been accused of speeding, and now you’ve been ticketed. You may not believe it’s fair, but you may be worried about fighting that ticket. What will it really cost you?

Many people who receive a speeding ticket think they’ll just pay for the costs and move on. Sadly, it’s not always so simple. Your costs can add up, making it tough to recover if you choose not to fight your speeding ticket. Make sure you understand those costs before you agree to anything.

Financial Costs of Your Speeding Ticket

When you’re pulled over for speeding, your first concern may be the fines attached to the ticket. Those may be over one hundred dollars for driving just a little bit over the speed limit. Unfortunately, they may not stop there.

The farther over the speed limits you were driving, the more expensive your speeding ticket maybe. That could lead to thousands of dollars, and if you’re accused of reckless driving, you could even be arrested, not just ticketed. Your short-term costs could get out of hand quickly because of this.

The expenses don’t stop there. If you pay that ticket, that’s considered an admission of guilt and you’ll be convicted of a traffic violation. That may not seem like a big deal, but it could be a big deal to your insurance company.

The insurance company considers speeding tickets a sign that you were driving recklessly, which means you may be a car accident risk. To minimize its costs, the company may charge you more for your insurance coverage because of your ticket. For some drivers, that makes their insurance policy too expensive to afford, leaving them without coverage.

Even if you’re not concerned about the financial losses you could suffer, your driving points could be reason enough to call a Chicago speeding ticket lawyer. These driving points may not affect your license right away, but the long-term effects can be dire.

If you’re convicted of a traffic violation, you may have driving points added to your license, though the number will depend on the severity of your conviction. If you receive enough points within a year, your license could be suspended. That leaves you without a license for months or even a year following a conviction.

Get Your Speeding Ticket Dropped before You Pay

If you’re facing a speeding ticket, paying the fine won’t make it go away. Instead, your penalties and costs will just keep piling up, making it even harder to recover after a speeding ticket conviction. You may need help to avoid those penalties.

Fortunately, you have a chance to fight your ticket. Instead of paying your ticket, plead not guilty and take your case to court. Even a reduced conviction is better than accepting your penalties, so seek out a defense for your case and get your penalties reduced.
[…]
7 Effective Car Maintenance Tips
Have a Safe Trip: 10 Essential Tips for Women Travelling Abroad
New Driver On The Road: Its Your Teen