New York City has long been known for its major museums and galleries that feature some of the most precious pieces of art. Even though this city is full of amazing art, there are other forms of art that often get overlooked. Here are a few great ways to discover New York’s overlooked art scene.

Subway stations are usually full of people who are anxiously awaiting incoming trains to take them to their jobs or the city’s top tourist sites. What many people fail to notice is the amazing art displays that are featured at some of these stations. Colorful murals and glass mosaics adorn some of the walls of these subway stations, and many of these works were created by celebrated artists. Certain pieces depict animals, famous people and natural settings that seem to offer a respite from bustling city life.

If you stop and listen to some of the street musicians that play in various parts of the city, you will likely be amazed by their talents. You might see performance artists such as singers, drummers and guitar players as they play their music for small audiences. If you visit the city during the summer, you might even get the chance to see musicians playing street pianos that are set up in different parks and public spaces.

Check Out Art in the Parks 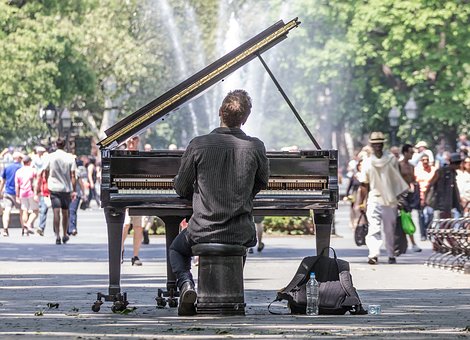 Many of New York City’s parks also feature permanent art installations that can always be viewed. Other pieces are displayed for a limited time. Central Park alone is home to the Balto, King Jageillo and Hans Christian Andersen outdoor statues. A memorial that includes a series of statues depicting immigrants stands in Battery Park. You can also visit Bryant Park to see sculptures depicting famous figures like Gertrude Stein, Benito Juárez and William Earl Dodge.

If you take a little extra time to discover New York’s overlooked art scene, you will have the opportunity to view a variety of artworks that often go unnoticed by people. Going to see these displays of art will also give you the chance to experience a different side of the city.