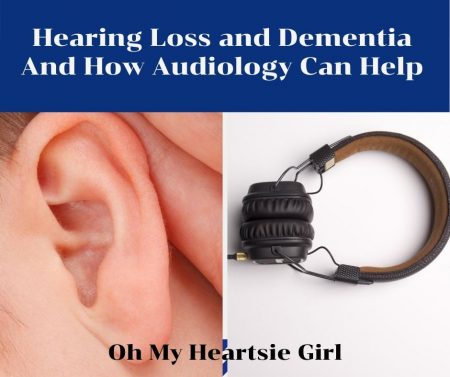 Hearing Loss and Dementia Hearing loss might seem like a relatively harmless condition that only causes mild annoyance between family members. But in actuality, hearing loss can have a serious impact on your health, including walking issues and even dementia.

The Connections Between Hearing Loss and Dementia

No definitive link exists between hearing impairment and dementia so researchers cannot say with absolute certainty that hearing problems lead to or cause dementia. However, both conditions do share similar attributes like confusion, stress, frustration, different ways of communicating, and increased difficulty completing tasks.

The Theories Behind Hearing Loss and Dementia

Despite a lack of direct evidence between hearing ability and dementia, four theories suggest there may be some correlation. The first theory dictates that the loss of hearing and cognitive decline occur in conjunction with each other because they may share a common cause. A second link suggests that a hearing impairment changes the brain structure because when the hearing part of your brain is no longer functioning, then tissue loss can happen. The third theory surmises that when a person experiences hearing problems, other parts of their brain go into overload mode in order to compensate for the hearing impairment. If your brain struggles every day to communicate with others, then other parts of your cognitive abilities may work less and begin to decline. And the final theory suggests possible social isolation from a hearing impairment or hearing problems can contribute to dementia and cognitive decline.

How Audiology Can Help

With the potential dementia risk, untreated hearing loss is a significant health concern for older adults. That’s why seeing your audiologist for a hearing test is so crucial. An audiology test can determine the degree of hearing loss and what can be done to improve your hearing.

Many treatment options are available if you do experience some type of hearing loss, such as cochlear implants and hearing aids. Despite hearing impairments being a widespread problem, only one in seven Americans 50 years old and over use hearing aids. Although some people might have a negative perception of hearing aids, research suggests these devices may help reduce symptoms associated with dementia while improving hearing. A study by the American Journal of Epidemiology found that hearing aids actually reduced the speed of memory decline and improved the quality of life for hearing-impaired Alzheimer’s patients.