Never believe people who tell you they have a magical cure for cancer. They’re trying to sell you something, and considering how scary and dangerous hearing the word “cancer” is for most people, the price is probably going to be pretty steep. There’s no tea that’s going to magically shrink a tumor, and there’s no ointment that’s going to make getting chemotherapy unnecessary. If there were a cure for cancer by now, then way more people would know about it then your Great Aunt Shirley’s best friend Carol. So what does work against cancer? That depends on a lot of different things. 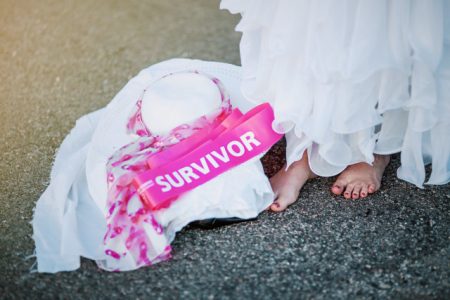 Cancer generally comes in four stages. Stage I is a much better diagnosis than Stage 4. Typically, the odds of survival get worse with each stage. According to the American Cancer Society, someone with Stage I breast cancer has an expected five-year survival rate of almost 100 percent. For Stage IV, though, the five-year survival rate is 22 percent. However, it’s also important to remember that some cancers are harder to fight than others. While breast cancer survival rates have improved quite a bit in the last few decades, the same can’t be said of brain cancers like glioblastoma, which received a lot of attention in summer of 2017 after Senator John McCain announced he had been diagnosed with it. The most common type of glioblastoma offers a median survival rate of slightly less than 15 months, according to the American Brain Cancer Society.

While it’s easy to recite numbers and statistics, every case is different. Two people with the same stage cancer can have different outlooks based on factors like age and overall health. The best thing a cancer patient can do for him or herself is to find an incredibly trustworthy medical team. If you see a cancer specialist who recommends starting chemotherapy and radiation within a couple of weeks, that’s because he or she doesn’t want to give the cancer the chance to spread any further before the team starts fighting it. It’s easy to feel like things start happening very quickly once a patient receives a diagnosis of cancer. That’s because things probably are happening very quickly. Time is of the essence. That being said, patients should still be able to ask questions about their treatment. This is a big deal, so they should be able to ask a lot of questions and get honest answers, even if the honest answer is, “We don’t know yet.”

Some patients feel like they should “stay positive” to give themselves a better chance of beating cancer. Other patients will cope by making a lot of very morbid jokes. Neither approach is wrong, and neither approach offers a better chance of survival. The American Cancer Society says there’s no hard evidence that having a certain personality type makes you more or less likely to survive cancer.

Some patients will be able to take a few weeks off work to focus solely on the first round of cancer treatments, but many people won’t have that luxury. There may be other options, though. That’s also true of students taking college classes. Most professors are going to be sympathetic to people with health emergencies, and something like cancer definitely qualifies. Going to work or school even part-time can also provide a welcome distraction from constantly hearing about and thinking about cancer. It’s a way to feel a little bit normal in a very abnormal situation.

Related: 3 Things You Can Do If You Lose Your Eyelashes During Chemo
What to Expect from a Laser Cap for Hair Growth
5 Ways to Elevate Your Energy and Boost Your Wellbeing