Car accidents began to happen as soon as the first horseless carriage hit the road. Those early years, when Model Ts first became available to everyday American, seem now like the Wild West of driving. No laws or driving restrictions made for thrilling automotive adventures and chaos as well.

Modern cars and roads equipped with safety features only dreamed about in the 1900s haven’t eliminated accidents. Faster speeds and more cars on the road take a toll. Human behavior hasn’t changed much since those early days, either.

Yes, accidents still happen even with safer cars and traffic laws. But amazingly, some people walk away from horrific crashes with no or only minor injuries. Here are some of their true stories.

It Was Just Another Day Until …

Karen Brown was doing what she did nearly every day when she made a left turn at an intersection in her Ford Fiesta. She certainly didn’t expect the driver of the large truck to run the red light and plow into her small car.

The truck rolled over Karen’s Fiesta crushing the top. Bystanders believed no one could possibly have survived the impact. But, fate had other ideas.

It turns out that the impact pushed Karen’s body into the only open space left inside the Fiesta. It took first responders two hours to free her from the wreckage, but when Karen emerged and was checked by paramedics, her only injury was a cut on the finger. She didn’t even require a hospital stay.

Henry Bliss was the first pedestrian fatality in America in 1899. Pedestrian death numbers grew as more cars hit the road. In fact, the World Health Organization (WHO) estimated that 270,000 pedestrians die worldwide from being hit by cars.

That’s what makes this story of Vilma Teodoro do Nascimento and her grandson Joao Pedro so amazing. The grandmother and her 5-year-old grandson attempted to walk across a street in their Brazilian hometown when two cars on the road collided.

One of the cars, a white Volkswagen, headed straight for the walking pair. Ms. Nascimento tried to pull her grandson away, but the car ran over both of them. Although they spent the night in the hospital, both Grandma and her grandson were released the next day with only minor injuries.

How to Become a Tractor Trailer Sandwich

No one wants to become part of a tractor-trailer sandwich, but that’s what happened to Oregon’s Kaleb Whitby. It was early January, and the dense fog he encountered on the highway was common that time of year.

Another common feature of many roads that time of year is black ice. Unfortunately, as Kaleb swerved to avoid hitting a swaying semi in front of him, his truck hit black ice, he lost control and slammed into the back of the semi.

Kaleb wasn’t injured, but seconds later another semi behind him lost control on the black ice and slammed into Kaleb sandwiching him between the two giant trucks.

Unbelievably, although he was trapped in his crushed vehicle, he still wasn’t hurt. After he was extricated from the wreckage and had a quick trip to the hospital, Kaleb walked away with only minor injuries.

In a case like this if any of these vehicles had a dash cam they would have been able to record the entire incident. Find the best dash cams

Related:
What to Do If You Have Been Injured in A Car Accident
Been Involved In a Car Accident? – How to Select the Right Lawyer 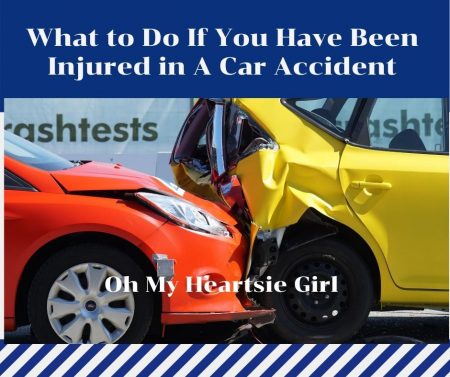 Traffic accidents are inevitable—no matter how careful you drive, you can still be involved in a car accident. This is true especially for extremely busy cities such as Sydney. Even minor accidents where nobody gets injured can be an inconvenience. These type of accidents require you to get your vehicle fixed, lodging a claim with your car’s insurance company, or the insurance company of the other party involved in the accident. Here’s moneyexpert.com’s car insurance tool. This whole process requires great patience and time.

What is Motor Vehicle Accident Compensation

You may be entitled to make a car accident claim for compensation if you are involved in a road traffic accident which was the other party’s fault and where you got injured. Whether you are the driver of one of the vehicles, a passenger in a vehicle in the accident, or a pedestrian that got hit by a car, you can hire a personal injury lawyer Sydney in order to help you get compensated for your pain, lost income and potential future income, medical expenses, and any other costs that are related to the car accident.

The amount of compensation that you can receive will depend on the type of injuries and circumstances which occurred.

If you have suffered from an injury due to a motor vehicle accident, there are several steps that you should follow.

How a Compensation Lawyer Can Help

Car accident lawyers can help you in a variety of ways. Here are some of the specifics:

If you think you may be able to seek compensation due to a motor vehicle accident, contact your nearest compensation lawyer today.
Related:
What You Need To Know Before You Buy a Car
Should You Remain At The Scene of A Car Accident?
This post contains affiliate links, which means I might receive a small commission,

Start your freelance writing career with trusted. company! Acemypaper.com can do your college papers.