Some people still hold the view that alcohol makes them appear more attractive by consuming it. They may enjoy looking cool but in reality, they could be spending that time getting a real life. Here are some ways alcohol makes a person less attractive. 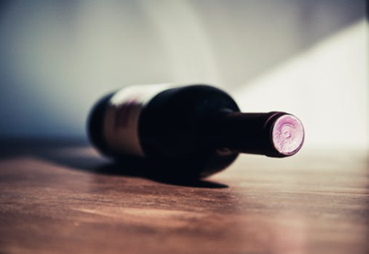 1. They Look Unintelligent
A person who holds a can of beer in their hand may feel like they own the world, but to someone with a respectable job and an education, they look foolish. Even someone who drinks in college almost defeats the purpose of going to school and being an upright person in society. What feels like fun at the moment can lead to serious regrets later on. Someone who drinks alcohol should consider how their behavior could affect them later on in life. Do they have dreams of having a successful career and falling in love? If so, how could their life be different if they decide to say no to substance abuse and live a completely upright life? The person who has no goals or values should consider seeing a therapist.

2. They Look Unethical
Those who drink alcohol may seem interesting for their appearance and so-called exciting lifestyle. Others have ethical standards they adhere to and don’t think it’s funny at all. It’s too simple to spiral out of control by abusing alcohol. Consider how a parent feels who has a child who’s been killed by a drunk driver. Law abiding citizens look down on bad behavior because they’re the ones who try to change society for the better. Alcohol drinkers naturally disrespect someone who lives a moral and ethical life just by being near them. Imagine how a spiritual person or elementary school teacher feels when they see someone drinking alcohol. They probably feel like the person could be a criminal.

3. They Smell Bad
No one wants to be near someone who smells bad from drinking alcohol. This can make the person standing next to them feel uncomfortable or even sick from the strong odor. When they speak, a stench comes out of their mouth which makes people want to turn their heads away and leave the conversation unfinished. Alcohol has a tendency to sink into new clothing and ruin it. Not to mention the taste left in someone’s mouth from kissing someone who drinks it. A person who cares about themselves commits to self-improvement, has goals and seeks out genuine relationships.

4. They’re a Bad Influence
Teenagers have a tendency to believe that alcohol makes people look interesting and attractive. This assumption is misleading because appearances can be deceiving. They often decide to hang out with the wrong crowd who leads them down a dangerous path. This negative behavior is toxic and can cause them to live a life addicted to substance abuse. They’ll never learn how to have real friends and love themselves for who they really are. Someone who cares genuinely about their family member will make every effort to keep them away from bad influences who don’t care if they mess up their valuable life.

5. They’re Trying Too Hard
Regular alcohol drinkers often believe they have a life which others envy. The fact is that those who don’t drink do so for a reason. This is because they have the self-confidence to be themselves. They refuse to change their behavior or positive attitudes for appearance’s sake. These people may donate to charity, have a successful career or families who care about them. Examining a drinker closely may lead someone to the conclusion that they’re not cool at all. They’re likely trying too hard to impress someone or possibly hide their insecurities with alcohol. The point is to assess the situation and see reality. Substance abuse is harmful to health and can lead to rehabilitation for problems that could have been avoided in the first place.

There’s something to be said for living an honest life. A person with no real values or goals may call this plain and too perfect. The human being who lives by high standards gains the genuine love and respect of others. Make wise decisions and commit to self-improvement to go down the right path.

Related:
How Alcohol Affects the Brain and Behavior