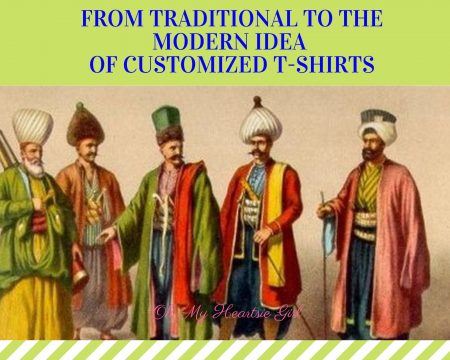 Fashion and clothing both have a long-standing rich history. In the 16th century, the arrival of specialized publications piqued interest in the world population and tickled the fancy of many of its bourgeoisie taste buds and curiosity. In fact, in one of his studies, a gentleman by the name of Lou Taylor, who was a professor and ‘dress historian’ who was fundamental to the development of this discipline, stated that there were four reasons that were vital to the introduction of the clothing  ‘industry’, namely:

Not only was this interest peaked by the population but academics from diverse backgrounds studies such aspects as anthropology, sociology, ethnography, visual arts and history surrounding clothes and thus began the spread of the idea of fashion based on analysis and measurements, these studies continue to date where new and upcoming trends rock the markets almost every season and on almost every runway.

In the Beginning, There Was Curiosity

Looking back at all the centuries of the past, the history of fashion continues to stir interest among all folks new and old, and mainly the new generations that are taking it to a new level. Clothes began to be photographed and the resulting images were added to various magazines and catalogs of all shapes and size not to mention niches.

When the European fascination for the exotic and oriental, manifested in the 18th century, so did the Ottoman Empire which became the area of attention, and not so much the English or French fashion at that time, this interest came in the later years.

This Renaissance-era between the 14th and 17th centuries played an important part for all political, economic, artistic and cultural influences, which were reflected in the fashion too, and what was then popular was spread across all of Europe and in the international realm too.

This led to an interest in the idea of stereotypes. The various images in print with the colour spectrums and bold abstract design or somber earthy tones aroused a lot of questions in the public. Who would wear such items? What reactions would be provoked from those images? The stereotypes revolved around aspects such as certain colours that were worn only by specific classes, or certain items of clothing were only worn by the Christian population and not the Barbarians. This dispersal of colours started to represent the social hierarchy in many ways.

For instance, the colour red was used by a lot of people, but black was only used during certain rituals. On the other spectrum, the people who did travel to other European countries such as France, London, Paris and Vienna, all got to see a much wider range of choice. With some people wearing baggy pants (influence of the Ottoman), and turbans, jewellery and slippers, this fascinated them and they took these ideas back to their own home countries to spread the idea.

By the time the 19th century came around, Ottoman grew weaker and the Western influence started to take over. However, the use of clothes still marked the social classes only this time it started to lean towards three things: an investment, a language and having material possessions. Clothes made the man, and this is when the idea began; clothes reflected the personality and taste of the owner. You can learn more about this era from this online source.

Fashion and the Modern Era

The 1920s were adorned by women wore short dresses, bob haircuts, and did socially unacceptable things such as excessive drinking, dancing on tables and sit on men’s laps, while the men wore those Ottoman empires influenced pants which they called ‘knicker-boxers’, and overdressed in pin-striped suits. If they were not dressed up, they were shunned or simply not invited to any social gatherings. This trend continued in the 1930s up until the 1940s where the clothes were more of a functional purpose – tailored to fit and working clothes.

This trend stretched over till the 1980s amongst the working class and then began to take a drastic turn-around where the clothes were ‘funkier’ with lots of bright hues and men wore long shorts. Lots of colourful clothes, and big hairpieces, and abstract designs took over, we dare say a -pop life-style. The men changed their dress sense to a more casual look. No more suits and everyone was invited to the party! Name brands became the ‘thing’, and boy bands were as popular as cheese. Dungarees or overalls became a fashion statement too.

This Western influence on the 20th century continued to reflect on the political and social reach which then brought about multiple facets of modernization which of course had to play a part in what people wore. The trend veered towards more ‘eccentric’ fabrics, colours, designs threads, buttons, you name it, all changed. Some societies may still practice social status symbolism.

There is no better reflection of this than in the modern era. With both social and political standing made strong amongst the population, and technology taking over every aspect of society, including clothes. The idea of automation and personal choice has become the norm. Newer and simpler ideas such as customized ink clothing promoted on websites such as this https://www.customizedinktshirts.com/ have taken over, no more has it been so personalized than choosing the design that goes on your attire. Its not about the social status anymore but more about the ‘voice’ the wants to be heard through a visual means.

Dare we say – Social media has played a tremendous part in these changes and magazines are now online. It wasn’t as succinct as before, people now don’t care about the status quo and there is a great divide between those who follow trends and those who don’t, but they rather create it themselves. It’s all about fast fashion and easy buys online!
[…]
How to Wear Feminine and Fashionable Vintage Styles Like a Pro
Points To Remember When Buying Men’s Printed T-Shirts
Women Dressing: How To Pair Up Your Graphic Tee?