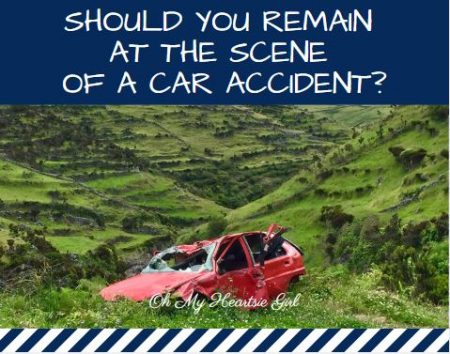 Fleeing the Scene Is Illegal

The most apparent reason why you should never flee the scene of your car accident is that the action itself is illegal. No matter who was responsible for the car accident, you’re automatically facing legal consequences and possible prosecution for fleeing the scene of a car accident.

It’s always better to allow the police to access the situation and conduct a thorough investigation into your car accident. You should never analyze the crash your self and determine that it’s not “too bad” or that you won’t face any legal repercussions.

If you’re like most people, you have a smartphone glued to you at all times. Most smartphones have decent cameras that allow you to capture evidence such as the damages to your car and eyewitnesses present at the accident. The contact information of the other party, along with any other eyewitnesses is a must whenever you’re planning on pursuing a car accident claim.

The Other Party Could Perish

Regardless of who is responsible for the initial impact, you must remain at the scene of the accident. Remember, someone has to contact not only the police but also an ambulance to treat the wounded. Leaving the scene of your car accident puts the other party at risk of perishing from their wounds if they’re unable to contact assistance.

Never assume that no one needs medical attention following a car accident. It doesn’t matter how small or large the accident seems from your perspective; you must always ensure that you’re able to help everyone involved in your car accident. If someone dies from their injuries and you drive off from the scene, there’s a strong chance of you receiving charges for their death.

Do you want to have someone’s blood on your hands when you could have contacted the authorities instead?
[…]
What to Do If You Have Been Injured in A Car Accident
8 Car Accident Must-Dos To Protect Yourself Post Accident