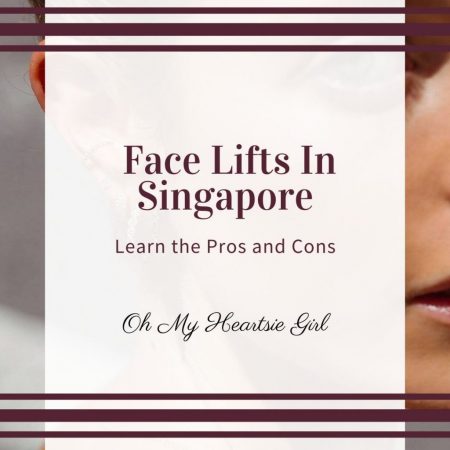 Facelifts are usually are one of the most sought cosmetic procedures out there. As we age the collagen production in our skin decreases and we start to feel our skin become less tight, less smooth and less elastic. That’s why more and more people look for facelift surgery or non-invasive alternatives such as fillers or botox.

The HIFU facelift is another non-invasive alternative to the traditional facelift in which not even needles are used.

In this article, you’ll read everything you need to know about HIFU in Singapore – what is it, what expectations can you have and cost in Singapore.

HIFU stands for high intensity focused ultrasound and is a safe, non-invasive way to get rid of any unwanted wrinkles and improve skin tightness. HIFU works by using the concentrated ultrasound waves to go deep into the skin and promote collagen production.

This way, patients can see results without undergoing any surgery or have serious side effects.

The reason why many people prefer the HIFU facelift is that the ultrasound waves promote the body’s own healing processes without causing any damage, unlike other popular ways to reduce wrinkles. As the treatments target the deeper layers of the skin, the surface is not affected and there is no downtime required – you can just go on with your day.

During a facelift procedure, the ultrasound can be used on the whole face and it can be additionally used onto the neck, chin, cheeks or eyebrows.

The HIFU treatment is a very fast procedure as a full-face one takes around an hour. Depending on the size of the targeted area and specific issues the procedure can take up to 2 hours.

Talking to Cambridge Medical in Singapore, most patients don’t feel much discomfort during the procedure but some might feel slight pricks. After the procedure, you might feel some minor side effects such as:

Is HIFU Facelift suitable for everyone?

There aren’t any specifications in regards to the health of the patients before undergoing HIFU treatment but there are still things to be considered. When talking to your doctor tell him if you have any health concerns or chronic issues so they can recommend a treatment plan that works for you. Here are some common issues that need to be addressed before going in for HIFU treatment:

Pros and Cons of the HIFU treatment

The best thing about the HIFU is that its non-surgical procedures and there are no risks of infections, bleeding or even scars when getting it done. There is no downtime as well which is very convenient for all patients. The effects of the treatments are also long – effects from HIFU treatment that can last from 1 year to 4 years.

There, however cons as well. The procedure can be expensive and may not be suitable for you if you’re around 30 years old because the signs of aging are not serious yet and your collagen is still intact.

Can anyone perform HIFU treatment in Singapore?

Only qualified doctors can perform HIFU treatment in Singapore. That’s important to know because getting HIFU done by non-medical professionals can be dangerous. Further, to be able to perform HIFU treatment the doctors themselves need certification to use the machinery. So, if you see any beauty salons claiming to have HIFU, stay away from them.

Cost for HIFU facelift in Singapore

The costs for a facelift using HIFU treatment can vary depending on a lot of factors including the doctor’s fee, the size of treated area or severity of the issue, the number of sessions needed or other treatments used in addition to HIFU. The cost will also depend on the type of HIFU used for the procedure. For a facelift, the price is usually from 300$ to 2000$ per session.