The Most Ridiculous Horse Racing Bets of All Time

Gambling is all about the thrill of the risk, but sometimes punters can get carried away with the excitement of an upcoming event. These are some of the most ridiculous wagers in horse racing, with some luckier than others on the day.

In 2003, Blackpool-born Mike Futter placed a bet on his own horse in the 2003 Grand National. Futter, who owns three bingo halls in Dublin and seven around Northern Ireland, netted well over £1 million along with his four co-owners through a variety of bets when he bet on Monty’s Pass. These included £5,000 each-way at 33-1 and a whopping £10,000 each-way at 20-1, proving that sometimes betting big has its rewards. If you need any help with odds there are many places you can go to help.

In horse racing history, the Yellow Sam betting coup goes down as one of the largest victories. Coordinated by Barney Curley, a legendary gambler, Irish betters took advantage of a lack of communication between the Bellewstown racing course and the off-course bookmakers surrounding an under-handicapped horse. Many people thought they were crazy to bet on the slow and steady horse, named Yellow Sam, until they went home with a cool 1.7 million.

A Dream Come True for Craggs

In 2008, Fred Craggs decided to celebrate his 60th birthday with an eight-horse accumulator bet. Of the horses he selected, Isn’t That Lucky and A Dream Come True were among the names. In addition to the similarly themed names, they also had extremely long odds in common, but that didn’t deter Craggs as he was only placing a 50-pence bet. Despite the 2 million in odds that the bookmakers offered him, it was the best 50p he’d ever spend though, as it netted him a £1 million pay-out as every horse came in as Craggs predicted.

A Big Win for Findlay

While every horse owner is delighted when their horse wins a race, none was more so than Harry Findlay at the Cheltenham Gold Cup in 2008, when his horse Denham’s victory saw Findlay take home £600,000. Findlay was no stranger to success, having won nearly £1 million in bets at the County Hurdle and was a professional gambler, but none of those bets were as satisfying as that on his own horse.

A Big Chance on Kicking King

Despite Kicking King being one of the favourites to win the 2005 Cheltenham Gold Cup, trading 6-1, its owner claimed just before the race that the horse was unlikely to run due to an infection. With the course of antibiotics due to last a week and just 17 days until race day, so there was a good chance that Kicking King wouldn’t be well enough, but Chris Trinder from Newbury figured it was worth a shot and placed a £25 bet with the hope that the horse would recover in time. This seemingly pointless bet paid off, as the horse did indeed win the Gold Cup and Trinder bagged £25,000 for his hopeful prediction.
[…]

This post contains affiliate links, which means I might receive a small commission if
you make a purchase using an affiliate link.

With April just around the corner many horse racing fans’ thoughts begin to turn to one of the biggest events of the equestrian competition calendar. While for many the excitement comes from keeping an eye on which horses are in form and what the best betting tips and odds are, for many others it is the glamorous and fashion centric atmosphere that is the biggest highlight. This is particularly true of the Grand National festival’s Ladies Day where attendees dress up in their best fashion and big prizes are awarded to the best dressed race-goers.

When is the Grand National festival 2018 Ladies Day

In terms of fashion, the Grand National Race weekend gets no bigger than Ladies Day, which this year fall on a Friday and has prompted the rise of the hashtag #FaboulusFriday. So when is Grand National Ladies Day 2018? This year one of the Grand National festival’s most anticipated days will be on Friday 13 April 2018. Just like previous years, visitors are encouraged to come dressed in their choice of unique fashions in order to show off their own impeccable style.

The Grand National has fashion ambassadors who will be on the lookout for the racegoers they deem the best dressed and are then given the Style Award. This coveted award comes in the form of a big car prize as a reward.

As much as the Style Award is given to the racegoer deemed to be the best dressed a look at previous winner’s shows that the prize tends to go to those with a unique look of their own. As such while there is a myriad of choices available from many of the high street fashion retailers, history shows that it also pay to wear something different from the rest of the crowd. This is where having something custom tailored can help you catch the attention of the festivals’ fashion Ambassadors.

While there may not be much time left to arrange for a custom made outfit, and many designers will be fully booked by now, there are other ways to achieve that unique look that makes you stand out. Successful fashion trends therefore include opting for talented up-and-coming designers, as well as quirky but fabulous outfits from online and high street retailers.

Some of the hottest fashion designers this year include Sabinna Rachimova, best known for her amazing hand crocheted outfits, and Michaela Frankova. Other notable up and coming designers include as Jayne Alison and Edda Gimnes, a young designer whose creations have celebrity approval from the likes of Gigi Hadid and Lady Gaga. With ultra Violet being named as the colour of 2018 you may want to finish off your look with yellow or lilac accessories such as Alison’s Penelope hat that comes in various shades of lilac.

In addition, a number of household names such as online retailer ASOS and high street chains such as New Look and Debenhams now offer an expanded range of occasion wear from which there are many great outfits to choose from at a reasonable price. ASOS is a great option if you’re strapped for time thanks to its fast delivery, while shopping on the high street will give you the perfect opportunity to try out various outfits until you find your Style Award contender.

Whichever fashion trend you choose to go for this year as you head off to the Grand National festival’s 2018 Ladies Day, it’s worth remembering that not everyone will win but everyone can look fabulous and enjoy the occasion, – just like in the horse racing!

This post contains affiliate links,
which means I might receive a small commision,
if you make a purchase using this link. 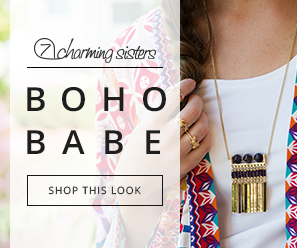