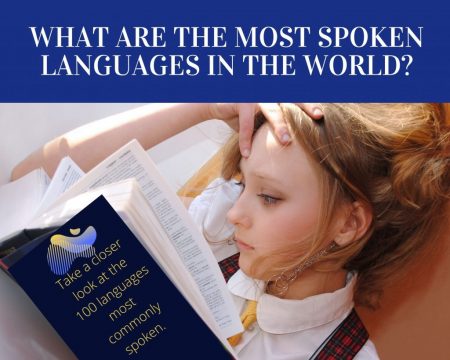 Using words is just one tool we have at our disposal to communicate with others and make ourselves understood. The picture of which languages are spoken most commonly across the world gives a further glimpse into this fascinating history. The languages that are most commonly spoken today across the globe give strong clues too, with Word Tips pulling together some of this information into a detailed infographic. But what does it tell us?

English is the most commonly spoken language

The infographic shows a balance in the number of native speakers – people for whom a language is their native tongue – and people who have learned English as a second language. Its gradual acceptance as an international language has pushed it into the number one spot. Learning a second language opens all kinds of doors to exciting careers too!

There are some languages only spoken by native speakers

Spanish, Portuguese, many of the Arabic languages and Japanese to name a few are spoken largely by native speakers. In other words, their dominance as a language is within their own countries and outposts, rarely making it onto the international stage of commonly spoken languages. The fact that they survive in this way shows the importance of language, especially its connection to the culture of different races and peoples.

The least spoken language is…

… Sanaani, a form of Arabic spoken in Yemen. It is referred to as a spoken language, defined by linguists as being only a vocal language, and not one that is written down. Most languages started as a spoken form, with cave paintings found across the globe being the first ‘words’ used to tell a story. Language is truly fascinating, take a closer look at the 100 languages most commonly spoken.

[…]
Making a Move Abroad: What To Consider Language-Banks-Friends
Have a Safe Trip: 10 Essential Tips for Women Travelling Abroad