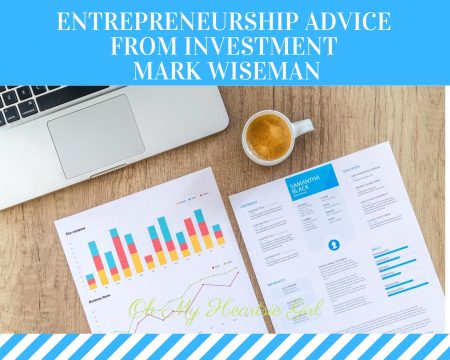 When it comes to finding success as an entrepreneur, there are a lot of factors to keep in mind. Entrepreneurs are constantly juggling a variety of priorities, from managing day-to-day operations to thinking big about the future and the places they can take themselves and their business. As such, it never hurts to have a little bit of mentorship in order to clarify your goals and what you want to achieve in life.

While it’s always possible to connect with other entrepreneurs via social networking websites such as LinkedIn, sometimes it’s just as important to hear a few key thoughts and philosophies from someone else who’s found a great deal of success. Mark Wiseman is one such individual to turn to for wisdom about running a business. Known as an investment legend for his work as the Global Head of Active Equities and for managing a swath of strategic priorities around the Canada Pension Plan Investment Board and other private equity fund investments, Wiseman has plenty to share with entrepreneurs who’re just starting out or have a few years under the belt. Here are two key pieces of advice as distilled from Wiseman’s impressive career and track record of successes.

One of the most pivotal philosophies espoused by Mark Wiseman is to take the long view. While this is predominantly in association with thinking about your investment strategy from a long-term investing approach, his ideas about time frames are just as applicable to other areas of business, too. To quote Wiseman directly, “If you look at a chart of the Dow Jones over 100 years you don’t see any volatility.” Taking solace in the Dow’s upward trajectory over the past century allows investors to focus on their end goal instead of making knee-jerk reactions to the 24-hour news cycle, which can be particularly dangerous during a pandemic.

So, how do you take Wiseman’s investment advice and apply it to your entrepreneurship? The answer is simple: don’t make short-term decisions. True, because of the pandemic, it may make more financial sense in the current moment to furlough staff members or decrease your output, but how does that set you up for success six or twelve months from now when the pandemic is over? Employees will remember your lack of loyalty and new job applicants may steer clear of your business after seeing how you handled the pandemic. Similarly, by scaling back your output, customers may have forgotten about you or moved on to another business instead of counting on you. By taking a longer view and thinking months (or even years!) in advance, you can avoid these costly mistakes.

Make goals—and stick to them.

Part of being able to stay focused on your long-term goals the way that Wiseman advocates is to clearly identify your priorities and stick to them. In Mr. Wiseman’s world of investments, that involves defining clear needs, like making sure that your social workers’ pension plan doesn’t run out of money. When it comes to making those goals as an entrepreneur, you’ll want to substitute Wiseman’s Canada pension plan for another priority of your own business—like increasing sales, launching a new product, or redesigning your website.

One way to align all of your staff members with these strategic priorities is to adopt an OKR framework for doing business. OKR stands for “objectives and key results” and provides a clear way for thinking about, identifying, and achieving your goals by defining what success looks like in purely black-and-white terms. Work Board offers a software platform that makes creating, sharing, and collaborating on your OKRs super simple, complete with powerful analytic tools that make it easier than ever to measure your success. If you’re an entrepreneur that geeks out over business processes and technology that makes your team more productive, OKR software is something that can help you implement Wiseman’s philosophies in a concrete way.

[…]
Why Tesla Stock Continues to Rise on Wall Street
Growing Your Property Investment Portfolio: Ways to Build a Passive Income 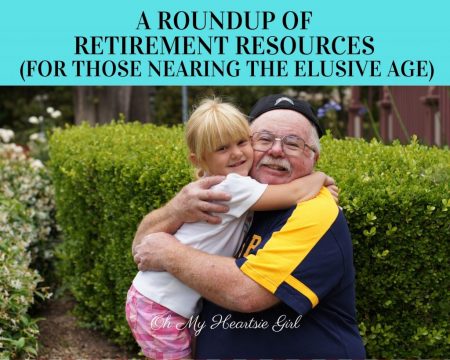 If you’ve paid attention to Wall Street news over the past couple of years, you’ll know about the public school teacher protests that occurred outside of the state Capitol building several times. If you aren’t aware of it, and you are a public worker with a pension, you need to be.

What Caused the Coup?

This huge Wall Street coup consisted of public teachers from many different states across the country, voicing their concern over their disappearing pensions. When public services workers discovered that their pensions were diminishing and all of that money was finding its way into the pockets of high-end traders, a protest ensued.

Late last year, the Wall Street Journal reported that an increasing amount of pension plan assets ended up in U.S. stocks. Why has such a large portion of money from public pensions gone into risky investments that benefit nobody but the people selling those investments?

These squandered pensions didn’t affect just teachers. All public service workers, including firemen and police workers, have also been affected by these poorly-invested pensions.

Do you have a public pension plan in place? If so, it’s time to liquidate!

Technically, there is a law in place to protect pensions and make sure they are always adequately funded. This law is known as the Employment Retirement Income Security Act. However, there’s just one problem:

It excludes public employees. This loophole has allowed financial big-shots in Wall Street to use this money to invest in shady stocks and make other purchases that don’t promise great returns. This puts public employees in a fiduciary crisis since there is almost no federal or state regulatory agency that cares to investigate these acts for criminal activity.

You can avoid this scandal by taking a hold of your pension, even if you feel it’s too early to withdraw it. There are a couple of ways to do this:

If you want to immediately cash out, it’s very possible to do so. However, there may be an early withdrawal penalty required. If you are younger than 59 ½ years of age, you can receive a penalty up to 10% of the pension amount.

There are some exceptions, however. For example, if you have received a permanent disability or you were somehow separated from your employment, you are entitled to liquidate your pension without incurring such high penalty fees.

You also have the option to withdraw your pension little by little, if the prospect of a lump sum doesn’t work out for you. You can start withdrawing your pension whenever you retire, but you may receive payments in a smaller amount than if you were to wait a few more years. It’s better to wait as long as you can to take out pension payments so you’ll have as much money as possible for your retirement. And while you’re at it, you should also check out sam shiah. He helps people get jobs on wall street. I know we’re in an economic downturn right now, you better believe that things will get better and they’ll start turning up. So learn the tricks of the trade so you can take advantage when things start going again.

If you are a middle-class worker in the public arena, pay close attention to what’s happening with your pension. You deserve to have as much saved up as possible for your retirement, so you never have to worry about fiscal emergencies. Speak with a financial advisor today about your pension liquidation options or other methods of protecting your pension from harm.
[…]
Consider a Home-Based Job as You Approach Retirement
A Roundup Of Retirement Resources (For Those Nearing The Elusive Age)