“Stargirl,” the new, live-action DC television series airing on the CW, features Courtney Whitmore, a normal high school student dealing with the trials and tribulations of moving to a new home in a new city for her stepfather’s job. As if that wasn’t enough upheaval, Courtney’s world is changed further when she discovers the Cosmic Staff. This powerful weapon gives her the superhuman abilities to fly and to fight and transforms her into Stargirl.

Who is Stargirl, and how does she deal with the stress of being a high school student a newly minted superhero? Read on to discover more of this exciting new DC hero’s origins.

“Stargirl” is based on the 1999 DC comic book “Stars and S.T.R.I.P.E,” which was created by , the executive producer of “Stargirl, “Geoff Johns” and comic artist Lee Moder. “Stars and S.T.R.I.P.E” follows Pat Dugan and Courtney Whitmore, a unique stepfather and stepdaughter duo. S.T.R.I.P.E is a robotic bodysuit created and donned by Dugan, a talented auto mechanic, for fighting alongside and protecting his stepdaughter. The original comic book was itself a spinoff of an earlier team-up that included Dugan as the Star-Spangled Kid who, together with his partner Stripey, fought the Nazis

On “Stargirl,” once Courtney finds the Cosmic Staff and gains her superpowers, she joins the Justice Society of America and carries on Dugan’s legacy, joining numerous DC superheroes in an attempt to save the world.

The Cosmic Staff that gives Courtney her abilities and turns her into Stargirl has a rich legacy as well. It was originally the source of Starman Jack Knight power. Like Courtney, Knight was also a member of the Justice Society of America; he succeeded his father Ted Knight, the original Starman, in the Golden Age of comics

The younger Knight had a disinterest in traditional superhero aesthetics that may have been influenced by the fact that he had no inherent superpowers. Instead, much like Stargirl, all of his abilities were sourced from the Cosmic Staff, which was created by his father, who was an incredibly intelligent scientist. Ever the reluctant hero, Knight only agreed to be a superhero in the first place if his father gave his great wealth of scientific revelations to the rest of the world.

Later, Knight made it a point that his successor must possess specific qualities in order to use the staff. Courtney has those qualities.

Stargirl is a unique superhero in the DC universe. Her superhero lineage is embedded in both the history of comic books and the history of the United States. She’s a teenage hero with big shoes to fill and she still has to graduate from high school, too. 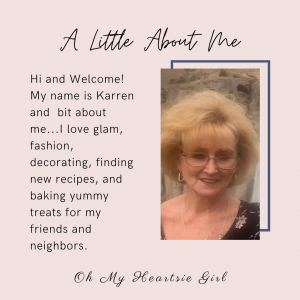