Are you ready for the winter that is coming? 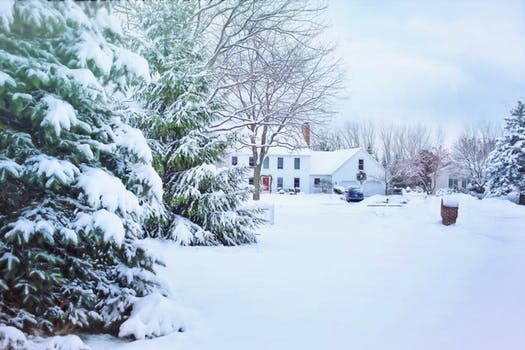 How Winter Tests Your Home

There are two types of weather patterns you tend to hear a lot about in winter: La Niña and El Niño. In the former case, the northern part of the U.S. is generally colder and wetter than average, while the southern portion is dryer and warmer. In the latter, the northern parts tend to be warmer and drier while the southern parts are cooler and wetter. That doesn’t mean El Niño is going to bring a blizzard to New Orleans, just that New Orleans will be colder and rainier. The effects of climate change may worsen these weather patterns, but we’re not to the point where we expect January heat waves in Montana or major snow events in South Florida.

Still, the areas that get more precipitation than usual in winter are also more likely to see structural damage to their homes, office buildings, and even carports. Some roofs just aren’t graded to receive the massive amounts of snow and rain that can fall. If you drive through an area that received a ton of snow, you’ll likely see a lot of warped, twisted carports. Most carports can only take so much before they start to wither under the pressure.

A lot of rain and snow can also mess up the plumbing. Old pipes that can’t handle the load are more likely to crack both literally and figuratively. It can happen anywhere in the U.S. If you’re in the Southeast during an El Niño year, you  may have to call a South Florida plumber after a particularly heavy rainstorm. If you’re living in Colorado and get a foot of snow during a La Niña year, you may find yourself looking for drain cleaning services in the Greater Denver area.

It’s easy to forget about the plumbing when you’re busy trying to dig your car out of the snow with nothing more than a shovel and some pluck. But if there’s an issue, you’ll find out sooner rather than later, although hopefully not when the toilet overflows and floods your bathroom.

Around October or so, you’ll usually hear weather forecasters list the chances of a La Niña or El Niño winter. There are also neutral winters where there’s not really enough evidence to support either pattern developing. The two patterns don’t necessarily alternate years, either, as the winter of 2017-2018 is looking like it will be the second year in a row where the Northern Hemisphere will have to deal with La Niña. It’s all about which way the sea surface temperatures are trending.

Some people love winter, while others hate it with a passion. However you feel about it, keep an eye on the forecasts and make sure you’re prepared for a range of possible outcomes.