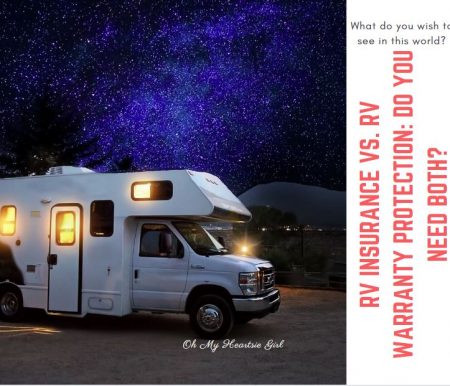 RV owners deserve to have some peace of mind when it comes to protecting their investment from mechanical failure or finicky service contracts. Often, this means deciding between an RV warranty and RV insurance. Should you choose a warranty? Is insurance the better deal? Or is there a reason you’d need both? Knowing a bit more about warranties and insurance can help you decide.

How does RV insurance work?

RV insurance is much like car insurance in the sense that you’re required to have minimum liability coverage for your RV for it to be road-legal. Liability insurance serves a specific purpose. If you get into an accident while on the road, your insurance company will cover the cost of property damages and medical expenses due to bodily injury. This varies, though, if you purchased your RV through financing. If you bought your RV through financing, you’ll also need comprehensive collision coverage. Collision insurance minimizes the cost of damages caused to the RV by an owner-caused accident. Comprehensive insurance protects owners from damages caused by fire, theft, and natural disasters.

This isn’t the only coverage you can get for your RV, either. There are other forms of coverage that will protect your personal belongings housed in the vehicle. There is even extensive coverage that will replace your RV or reimburse you should your vehicle be deemed a total loss by your insurance company. The level of coverage you need will vary but liability, collision, and comprehensive coverage are the most common. Keep in mind that, no matter what, you’ll need liability coverage at a minimum to legally drive your RV.

A look at RV warranties

An RV warranty provides the coverage that insurance doesn’t. RVs break down just like other cars, requiring them to be sent to service centers or a repair facility. Each warranty is commonly an extended warranty since it’s provided by a third-party provider rather than a manufacturer. An extended RV warranty provides coverage to an RV owner for just about any problem that a manufacturer would cover. It’s not uncommon for an RV to break down and many do within the first five years of ownership. Depending on your warranty or vehicle service contract, you could find yourself liable for some pretty expensive repairs. Common RV repairs can range up into the tens of thousands and wholesale warranties can offset a good portion of this cost. Both regular and wholesale warranties will require your nonpublic personal information to acquire.

So, where do you buy an RV warranty? Often, you’ll be able to purchase a warranty from the dealership at the time you buy your RV. Buying from a third-party company, though, is often preferable. This is because a dealership warranty can be much more expensive than third-party policies. Plus, coverage through a dealership might be more limited in scope and restrict you to a particular repair facility or service center. With a third-party RV warranty, you’ll still need that critical nonpublic personal information to purchase a policy but you’re able to shop around, compare coverage, and get quotes for pricing. That way, you can find the absolute best deal for your specific needs. Make sure to review the company policy to see their service areas and where you can go for repairs. Many companies allow you to take your RV to any repair facility across the US and Canada, but some companies are more restrictive about the service centers you use.

That being said, it’s often advisable for an RV owner to have both an RV insurance policy as well as an RV warranty. This provides you the greatest amount of coverage. Since an RV is such a large investment, keeping yourself protected both on and off the road is key.
[…]
Traveling by RV or Travel Trailers On The Backroads
5 Great Summer Things to Do in the Outdoors
Ways to Lower the Electric Bill 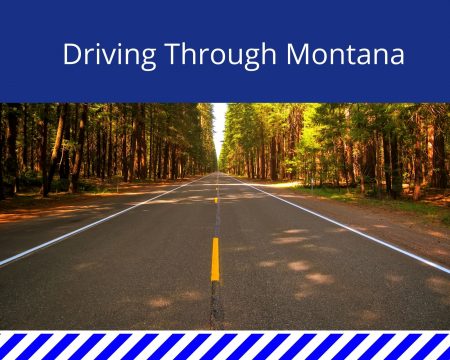