It is well known that relationship counselors have the busiest times in January and February. People spend the holidays with their extended families and by the time the New Year breaks they are ready to implement new resolutions and relationship goals. Nonetheless, divorce is an emotionally demanding affair. People get caught up in the arguments with their spouse that they forget to attend to the practicalities such as who moves out, who gets the kids and how they share property.

One in every three marriages in Australia ends in divorce. Divorce, in this case, means an official end to a marriage. That is to say that after the divorce is final, you can legally get remarried. The only requirement for the divorce is that your relationship with your spouse is irretrievably broken down. As proof, the court requires that you will have separated for more than 12 months by the time you file for the divorce. There also needs to be no likelihood of getting back together.

To apply for a divorce, you must be an Australian citizen. While your partner does not necessarily have to agree with you on the separation, they have to know that you consider the marriage to be over. Fortunately, the courts will not consider the person whose fault it is that the marriage ended. You must also be living in Australia, as your permanent home. In fact, if you constantly travel, by the time you are applying for a divorce, you need to have lived in the country for at least a year prior to your application.

You can apply for a divorce with the help of a family lawyer, and this you can do either jointly, (you and your spouse) or alone (sole application). For a joint application, you do not need to go to court unless you are unable to agree on matters such as child custody. On the other hand, you must go to court in a sole application where your children were part of a separation and are under 18 years of age. There, you can expect to pay a fee for filing.

When applying for a divorce on your own, your ex-spouse needs to be served with the application. Serving means giving your ex-partner the paperwork so that they can be aware of the court proceedings. It is important to note that you cannot serve your partner personally but you can mail them. In fact, family law courts govern the procedure and a divorce lawyer will give you court-issued forms that prove that the person in question was served. Be sure to give your ex-partner time between the filing and actual divorce date. When you finally go to the court hearing, you will receive a divorce order and it will become finalised one month after your hearing when the court issues you with a certificate.

What if I married overseas?

How a divorce lawyer can help

Many people fear that a divorce will be expensive and it can be if the situation is not handled correctly. One way to deal with money concerns and make sure that you do not spend more than you need to is to engage the services of a divorce lawyer. Remember that court proceedings are serious and you will need representation so that your application is drafted properly before it is brought to the court.

The other benefit of having a divorce lawyer is that they can look at your proceedings objectively. Decisions made during divorce will impact you and your ex-partners lives in the future. The stakes are higher when there are children involved. With an attorney, you can have peace of mind knowing that someone who is not as engaged in the divorce as you are will help. Therefore, if you are considering a divorce, contact a family law lawyer today to learn more about divorce and how they can help you.

Related:
What Are The Secrets Of a Happy Married Life
When Enough is Enough- Should It Be Counseling or Divorce
Parting Ways With Your Partner – What You Need To Know

Separating from a Toxic Spouse

It’s not loving to stay with someone who hurts you. It’s terrible for you, but you’re not being noble. You’re harming your spouse as well. By enabling their behavior, you’re limiting their ability to get help and change. The best thing you can do for both of you is separate yourself from their toxic behavior. 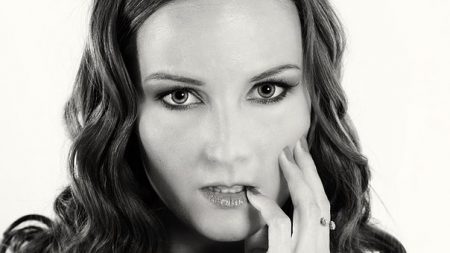 How Do I Know if My Spouse Is Toxic?

Unless abuse is physical, it can be hard to know when a spouse has crossed a line. Manipulation, guilt-tripping, ignoring, and isolating behaviors are all considered psychological abuse. Verbal abuse is similar to psychological abuse and can can include trivializing your feelings, hurtful things disguised as jokes, or denying any wrongdoing in a situation. Look at a list of the both the symptoms and common instances of psychological and verbal abuse. Your spouse may seem all right, but if you bear a deep burden of pain, feel dirty or worthless, or have any other recurring, negative feelings, you should consider the possibility that your spouse is abusive. It can be hard to recognize abuse, especially when you’re used to your spouse’s behavior, and when your spouse insists they’re normal. Your spouse is not behaving normally, however, and you deserve better.

Three Steps for Separation
If you’ve realized that your spouse is, in fact, toxic, then it’s time to separate. You should never attempt to break with a spouse on your own, so find a therapist or therapy group that will keep you strong during this transition. Without help surrounding you, you may sink back into the old relationships and allow the cycle of abuse to continue. You also have a lot of healing to do, so a therapist is a great idea.

Your next step will be to become independent. Find a place to live, not just for a week, but for an extended period of time. Make sure your finances are in good shape and separate from your spouse’s. You may want to open new investments with stocks under 1, just to get yourself started on a new financially secure future.

Your last step should be preparing for any counter attacks. This is why a support group is so important. Your spouse may hound you. They may lay false allegations of abuse on you, allegations that you should fight with an Ann Arbor lawyer. In short, your spouse will likely use toxic tactics to get you back. Be ready for a fight, and rely on the strength of others to get through it.

Your journey won’t be easy, but it will be important. You deserve a better life, and your spouse deserves to face themselves in the mirror. Get help, and separate from your toxic spouse as soon as possible.
Related:
How To Heal A Breaking Marriage With Personalized Couple Therapy?

No two marriages are the same, so it stands to reason that no two divorces are the same. The way property is divided in a divorce is mandated by the laws of the state in which the couple live.

However, some property does not easily fit into neat little boxes. How is it determined who “owns” finances after the divorce?

What if the intellectual property predates the marriage?

Can the spouse claim ownership due to their influence of their partners creativity while they were together?

Sometimes the lines of ownership of any kind of property are blurred. It takes the skills of a qualified attorney  to define the division in a way that is fair to all parties. We are going to attempt to put this information in language that anyone can understand.

Please do not assume this covers all examples and exceptions, as that would not be possible. Please contact your attorney to discuss your individual case.

Generally speaking, anything that was received or purchased during the marriage belongs to both spouses.

This means if the property or funds were acquired while you were together and they were not individual gifts or inheritances, they belong equally to each spouse. There are exceptions to this rule.

Intellectual property refers to creations of the mind. Artist, writers, songwriters, designers and many other creative people create intellectual property. This is one of the most complicated of divorce divisions. In its simplest form, it breaks down this way:

If the work was done that created the intellectual property took place before the marriage, it is usual for it to remain the property of the creator. This remains true, even if the copyright is obtained shortly after the marriage took place.

The actual creation was prior marriage. However, if the effort was expended to create the intellectual property after the marriage took  place, it is marital property and the interests in the property are owned equally by each spouse.

However, it is rarely that easy to determine ownership of intellectual property. Other considerations that the courts will weigh are:

There are times with the intellectual property is incomplete and as such, not earning money yet. If the item was designed prior to the marriage but has not yet been marketed, will the former spouse own any of the rights when the property is marketed?

What if a person has written a book, or produced a film during the marriage, which is successful and ruled to belong to each of the spouses, and they are in the process of producing the sequel? Will the spouse own any of the rights to the next book or film which will be marketed after the divorce? Where does the intellectual property ownership end?

These are just a few examples of the issues family law attorneys face every day, the state laws, courts, and prior factors have a huge impact on the outcomes of these situations, in any divorce, there are sensitive areas.

When it comes to the creative powers of a person, it becomes very personal. This is not something you can address alone. Contact your attorney for help.