We know that injured people in America are allowed to sue for damages. As the lawyer ads on TV always say, being “injured through no fault of your own” means you “may be entitled to compensation!” We also know that a lot of people think Americans sue too often, and that some people think the courts give away too much money to people who don’t deserve it. It begs the question: How do courts decide how much money to give to a person who got hurt? How do they keep it from being unfair? Or, do they fail to do that? 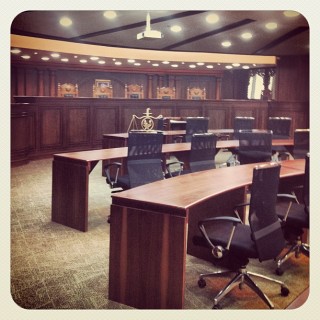 There is plenty of room for debate on tort law, the law that governs lawsuits. It wasn’t too long ago that tort law was a hot-button political issue in the U.S. While it has faded from the headlines a little, there is still plenty of disagreement.

The idea behind lawsuits

The idea behind lawsuits is, of course, to give those who are unfairly damaged a path to legal restitution. Of course, it would be equally unfair to make an innocent party pay for someone else’s suffering, so the courts make negligence a prerequisite for any personal injury lawsuit award. To win a case, a plaintiff must prove that there was negligence on the part of the other party, that this negligence caused an accident, and that the accident caused damages. It’s an essential legal tool for injured parties, says Jeff Preszler of Preszler Law.

If that is all done to the satisfaction of the court, an award is granted. But, how is it calculated?

The award in a personal injury lawsuit will be calculated based on a variety of factors. Medical bills, loss of income, and loss of personal property are the most concrete elements. However, awards can also cover less cut-and-dried damages, such as emotional distress and pain and suffering.

In practice, of course, a jury’s reaction matters, too, especially if there’s “pain and suffering” to consider.

Settling out of court

It’s not too hard to see why. There are costs associated with going to court, as well as risk. You could lose, of course, and get less (or have to pay more) than you expected. So, both parties often consider it best to negotiate a settlement and avoid the courtroom entirely.

However, the details in our court award explanation still matter here. The two sides will take the same details into account while trying to make a guess at what the court might award. They’ll weigh that against the risk of going to court, and negotiate for a settlement they think is fair. In many cases, as the statistics show, they are able to make a deal. Does this mean that settlements and court awards are always fair? No. There is still room for debate about the way our court system works.

One Reply to “How Courts Decide What People Deserve”