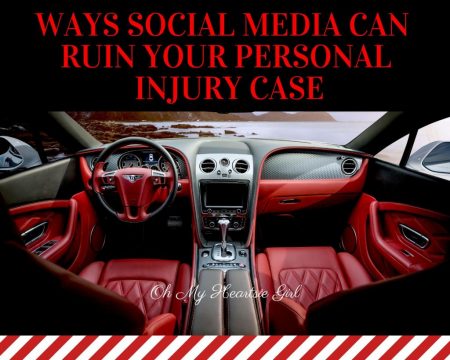 Social media is an invaluable tool in the modern age. An overwhelming amount of businesses and lifestyles have formed on various social media apps and websites. Within a decade, the entire world has become connected in ways never thought imaginable only a few years ago. For better or worse, you can always communicate with someone across our vast world.

These technological innovations have naturally made human interactions evolve in exciting ways. The concept of openly expressing your thoughts and emotions is something that’s become normalized through social media. However, there are scenarios where sharing too many details of your life isn’t advantageous.

Whenever you’re amidst a legal situation, such as a personal injury claim, you’ll want to avoid sharing details about your case online. While you can always trust your Spokane personal injury lawyer, social media has the potential to ruin everything you and your injury attorney have built.

The following are reasons why you should avoid using social media while you’re attempting to win compensation for your damages.

Social Media Is a Public Forum

You may only communicate and talk with an exclusive list of people on social media, but never forget that your social media account is a public forum. Anything you say online is comparable to saying something in public—meaning that if you were to, for instance, threaten someone on social media, you would still receive charges in the same way that you would in real life.

Nothing you say or do online is private or hideable once it’s present in the ether. You’re always leaving a digital footprint, which isn’t hard to follow when using any online services such as social media. With this information in mind, never forget that many eyes are always watching your every move whenever you’re on social media.

In terms of how this relates to your injury claim case, representatives of the other party make up some of the numbers of people examining your case. While this may come across as stalkerish, they’re entirely in their legal right to carefully review your social media accounts.

How Social Media Can Ruin Your Image

Many users of social media have alternate personas that they use while on social media. Some people are more sarcastic or feature off-brand humor throughout their various social media accounts. While there is nothing inherently wrong with these actions, they have the potential to ruin your image while attempting to win compensation for your damages.

Remember, you’re attempting to gain the sympathy of the court, and sharing updates that conflict with your image of being in severe pain may ruin your chances of winning compensation for physical or emotional distress. Insurance company representatives and other members of the opposite party will not hesitate to take your status updates or tone out of context.

Something that you carelessly post on your social media at account at 3 a.m. is liable to be used as ammo against your injury claim case. Unfortunately, it’s best to completely ignore your social media accounts for a while in order to minimize the risk of someone misinterpreting your content.
[…]
Neck and Back Pain and What I Have Tried