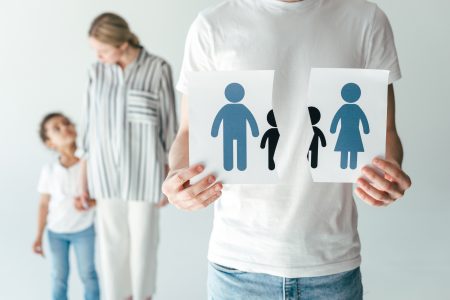 When you’re at a later point in your life, you probably want to be focused on enjoying retirement, traveling, and doing the things you always dreamed of. Those hopes and plans can be derailed by a divorce.

A divorce later in life can be especially traumatizing for many people, particularly if you’ve been married for decades.

It can be more challenging to meet new people, whether that’s friends or potential partners, when you’re older and not doing things like going to work.

While it can be heartbreaking, more couples are divorcing after being married 40 years or more.

There are a lot of reasons for this. For example, maybe a couple waited until their children were completely independent before contemplating a divorce, or perhaps people don’t want to spend the later part of their lives unhappy.

Some people wanted to do it when they were younger and just didn’t for one reason or another, or maybe they grew apart.

So how can you navigate a divorce later in life?

Dealing with the Emotions

You’re likely going to feel a ton of emotions after a divorce, no matter how old you are. When you’re older, however, it can be even more traumatic if you’ve spent a large portion of your life with this person.

Prepare yourself for these emotions and learn to watch for signs of depression.

If you think you’re dealing with depression, talk with your doctor sooner rather than later.  A doctor will recommend proper treatment, like ketamine infusion or CBT, depending on your situation.

Redefine Your Goals and Dreams

Your entire life and the goals you had for later in your life might have centered around being in a marriage. Now, that’s not the reality any longer, but that doesn’t mean you can’t still have dreams.

This is a time in your life when you have freedom, and perhaps even after a divorce, more financial means than earlier in your life.

Maybe you decide you want to travel solo around the world or invest in a rental property somewhere that you’d also like to spend time.

Start thinking in terms of what your goals for the rest of your life are outside of your marriage.

Choose a Lawyer or Mediator Carefully

When you’re older and getting a divorce, you may have substantial assets that you’ve spent your lifetime accumulating. It’s important that you get a fair deal, which may also include alimony, depending on your situation.

It’s best in divorces involving an older couple to settle in mediation because there’s so much sentimentality and you don’t want a judge deciding what happens with your assets that represent all of your hard work.

When you’re younger and get divorced, you may not have many, if any, assets or communal property.

There can also be complexities that don’t exist for younger people divorcing, such as Social Security issues and what to do about life insurance.

One big mistake that people make when they’re getting divorced later in life is that one person will be determined to hold onto the house because they are emotionally attached to it. That can be a bad financial choice, though, because it can end up being a money pit. You may find that you’re paying for all the upkeep and that can affect what else you can afford.

Luckily, the Internet offers opportunities to connect with other people.

This might mean going online to find friends or stay in touch with your family.

You can also use dating apps when you’re ready. There are a number of sites and some apps that specialize in connecting people who are older.

It can feel very much like you’re starting over when you get divorced, especially at a later period in your life. In many ways, you are, and while that’s intimidating, you also have the chance to create the life you want at this interesting time in your life. You can make the rules, and you can be more adventurous perhaps than ever were before. You don’t have to feel like it’s all negatives.
[…]
What You Can Do To Help Your Child Through a Divorce