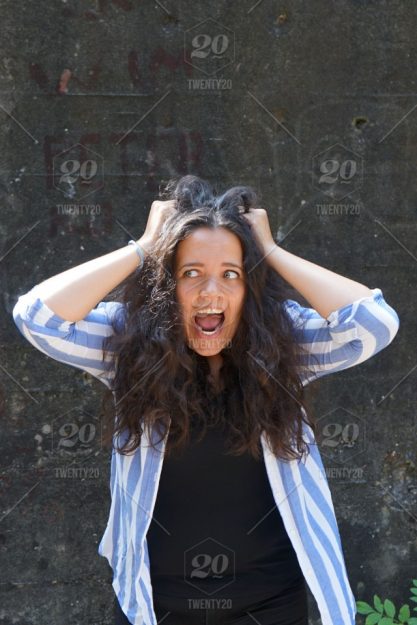 Per the dictionary, a mistake is something a person does that is “misguided or wrong.” There are cases where “It was an accident” can be a legitimate defense, but there are some cases where that just isn’t going to fly (see the aforementioned affair with the postal carrier). Generally, we judge people more harshly if we think they did something bad and wrong “on purpose.”

The first and biggest step you can take towards fixing a goof-up is by acknowledging it. That’s true in the world of application coding as well, where there are two kinds of errors that occur during execution: the ones that are expected to happen, known as exceptions, and the ones that aren’t expected, which are known as simply errors. Those definitions can work for our personal lives as well: sometimes you expect to screw up, whereas other times it catches you by surprise. Either way, you can’t do much of anything until you accept that it’s either happened or, in some cases, is still happening.

Once you do that, you have to try and make amends. Sometimes a simple “I’m sorry” will work. Sometimes “I’m really, really sorry” will get the job done. Those generally work better if you admit the error as soon as possible. That way the wronged party doesn’t have time to let whatever happened build up in their head. One common piece of advice given to couples is “Don’t go to bed angry.” That’s because the anger can fester and grow while you’re asleep, which makes the whole problem harder to resolve.

We’ve all seen cases where public figures screw up and try to paper over it with a weak apology. In cases like that, they’ve either got a bad publicist, or they’ve got no publicist at all. Any publicist worth their salt has a sixth sense for figuring out just how bad a scandal their client is dealing with, and will be able to guide their client towards making the proper response.

Speaking of proper responses, never say, “I’m sorry to anyone who was offended.” That suggests that you don’t really think you did anything wrong, and you just want people to get off your back about it. That suggests you’re not sorry you did it, but only sorry that you got caught. Something like, “I sincerely apologize to those people who were hurt by my actions” is better. That way, the hurt you caused isn’t just hypothetical.

With that in mind, consider the following suggestion: your workplace has just started using video conferencing by Polycom, and you’re told to take part in a big meeting with a client who lives three time zones away. Maybe you forgot to drink enough coffee this morning, or maybe you just had a brain spasm and forgot where you were, but somehow, the client pops up on video and you immediately say, “Wow, you look terrible.” You’ll likely be tempted to run out of the office, leave town, and start a new life in South America. Instead, though, you should stay where you are and apologize immediately. You may or may not be able to save your job at this point, but since the client almost definitely heard you, covering it up isn’t going to work. You have to own it, and that means owning the consequences as well.
[…]
Ten New Ways of Unleashing Your Creativity in The WorkplaceDon’t go to bed angry